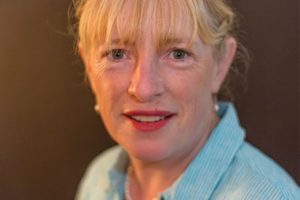 Melanie Harty’s appreciation of good food and hospitality began in childhood growing up in a farmhouse guesthouse in rural North Kerry. On finishing school, she chose to study Tourism in CIT before moving to the USA in the 1980’s. This move stateside is where her love affair with food began in earnest. She initially trained as a chef before deciding to specialise in front-of-house operations, and she continued her training and education in Restaurant Management. Melanie managed American and European style restaurants in Washington DC and South Carolina for over 14 years before returning to Ireland where she built and managed her own restaurant ‘The Cookery’ in Tralee for a further 10 years before selling this business in 2006.

After taking some time out to consider her next steps (and gaining a Diploma in Life & Business Coaching at the same time), Melanie established a new food business producing and selling homemade savoury jellies (a heretofore unheard of food product in Ireland) which she sold at Farmers’ Markets. She had developed and tested these recipes while working in the USA and had occasionally sold them at markets in Washington DC. The products were well received locally and within 2 years Melanie was accepted on the Local Enterprise backed Advanced Food Programme which resulted in her securing deals to have her products stocked in retail channels. Harty’s Jellies went on to win national and international food awards from Bridgestone, Great Taste, McKenna’s Guides and SHOP.

The retail success story of Harty’s Jellies is backed by innovation, hard work and effort. Within a few years Melanie expanded her distribution to include Multiples achieving listings in Dunnes Stores in 2014, SuperValu in 2015, followed by Aldi and Lidl in 2018 and 2019 respectively. She also secured listings with French, German and UK retailers, and has exported her products to Norway, Hong Kong and Kuwait. In terms of learning and development in the industry, Melanie’s knowledge and skills have been greatly enhanced by her experience participating in the SuperValu Food Academy, Grow with Aldi and Kickstart with Lidl programmes in recent years.

Parallel to this success, Melanie became a founding member of the ‘Taste Kerry’ initiative in 2011; a Mentor on the Kerry Young Entrepreneur Programme for 3 years (producing 3 finalists and the 2013 winner) and completed the Enterprise Ireland New Frontiers Programme in 2013.

Melanie’s skill & knowledge are recognised & in demand as a Food Industry Consultant. Her unique combination of restaurant industry, food manufacturing and distribution and coaching skills have been of great value to many early-stage businesses. Among other services, she offers design layouts for cafes and restaurants, menu creation and idea generation for using products and manages and cooks for catering events. Her expertise in promoting food products is widely appreciated as is her knowledge of how to navigate the retail sector in Ireland and beyond for small food producers. 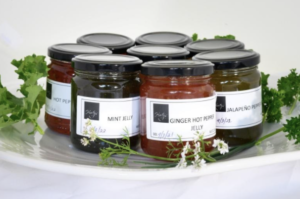 Contact Melanie Harty Food Industry Consultant, for any of the following:

Start Your Own Food Business Workshops

Exporting outside the EU

Strategic Planning for your Food Business

Cooking for and Management of catering events

Apologies for the inconvenience, Shop is closed from December 16, 2022 please email info@hartysfoods.con with your request. Dismiss